PB's and inter-team battles at the N&DCA

The final round of this years Northampton and District Series saw a fantastic turnout from the team, with 7 members battling for high placings, PB's and inter-team bragging rights.

Hugo closed his season out with a strong 22:27 which gave him 16th on the day in a strong field, it should also help him cement a top 5 in the overall.

The battle for second fastest in the team was a three way between Dave Wentworth, Paul King and Steve Robinson. Dave put his end of season form to good use to take the honour of second in the team with an excellent 23:15 to beat steve by 17 seconds. Paul King was a further 4 seconds adrift. Steve's time should be strong enough to see him hold on to a top 20 in the overall series, and with a new personal best points score.

Next up for the team was Chris Hartley who didn't enjoy his best ride of the year but still clocked 25:37. Roy Robinson was next up, and smashed his last ten years PB by well over a minute to clock 26:45.

Stewart Hocknell was another member of the team to clock a PB on the day, riding to a really strong 28:23 to take 54 seconds off his previous best.

In a season when almost every member of the team has set a PB at a least one distance, and many of done so at multiple distances, it was a great way to round things off ready for a big winter!
Posted by Team Salesengine.co.uk No comments:

Another top ten for Hugo at the Kettering CC 10 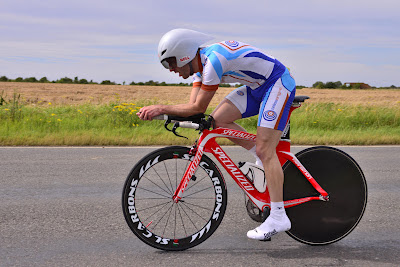 Another week and another top ten for the undoubted fast man of the team this year, Hugo Hocknell. Riding the challenging 10 circuit of the Kettering CC event Hugo managed a sublime 23:54 to take 9th place in a good quality field.

As always Hugo was backed up at the event by Stewart Hocknell, who clocked 32:38. 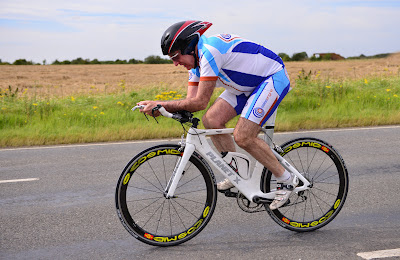 Dave and Hugo smash their PB's on the F11

When the VC10 event was postponed earlier in the year many wondered if they had missed their chance to set a flying time on the new course, but the rescheduled event came round late August and brought with it a favourable wind direction and mild temperatures. That said, it was a strong wind, so there was no guarantees of it being a quick day.

But what a day it turned out to be. Dave Wentworth managed to take full advantage of the course to finally break his lifetime best 10 PB that he has been chasing since 1976 (!) to record a fantastic 22:11. This has been something that Dave has pursued relentlessly in the last few seasons, so it's fantastic to see him get rewarded for all his work.

Chris Hartley had a good ride to record 24:00, but it shows how far he has progressed, as that would have been a rapid time for him a couple of seasons ago, but now it is a little shy of what he can produce when he's flying.

Last up was Hugo Hocknell, who has been on simply astonishing form of late with a string of top ten places. He stormed the course to record a seriously impressive 21:00 to slice over 30 seconds off his PB.

As a team, the three of them also managed to update the Team SalesEngine.co.uk team 10 record to 1:07:11 as well. Good work chaps!
Posted by Team Salesengine.co.uk No comments: