Team test their mettle at the hardriders

It takes a certain type of nutter to take to a start line of a time trial in late February, and this year there were three such hardy souls from Team Salesengine.co.uk prepared to do battle with the elements at the North Road Hardriders.

Over running roadworks on the course meant that our intrepid trio only had 22 miles of biting cold and ice to deal with rather than the normal 24.5.

First home for the team, and in a superb 36th place in a field containing some full time pros was Sam Hayes in a time of 59:02. After a consistent winter and some good training numbers it is great to see Sam getting off to such a cracking start. 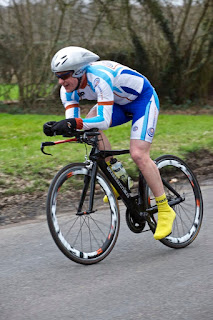 Next up for the team, and making a welcome return to time trialling after a good few years away was Graeme Freestone-King, who quickly found his climbing legs, but cursed his decision not to ride tri-bars, to clock 1:07:55. 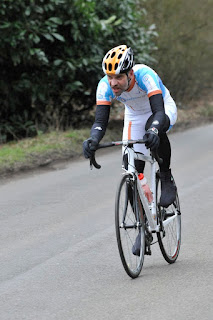 The third member of the team in was Lyndon Lewis, marking his debut in the teams colours with 1:17:39.  It's great to see Lyndon in action so early in the year, and after a less than ideal build up to the event he proved that he is as tough as the rest in completing the arduous circuit. 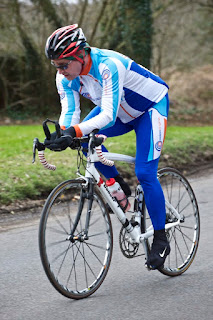