The team was out in strength again in defence of their 2014 team title in the Northampton & District Cycling Association (N&DCA) 10 mile time trial.

11 of the team's scheduled starters participated in the competition but Hugo Hocknell was ruled out due to illness. This event was based on the N1/10 course near Sawtry. A rolling "B Road" with numerous round-abouts made for good competition.

Leading the team in what looks like to be a strong competition was Andy Roffe. 35 seconds separated him from Martin Jones, Sam Hayes and Chris Rimes. Peppering the top 20 with four riders was no mean feat given the gusty conditions.

Andy Blower made his debut with the team, recording a rock solid time of 24m 58s.

Snaps courtesy of Davey Jones (as ever).

The event was won by friend of the team, Simon Norman of Arbis-Colbert, with a time of 21.09.
Posted by Simon No comments:

Hot on Chris's heals were Andy Roffe and Sam "Bling" Hayes with shared honours in joint 12th place (22.40).
Dave Wentworth was in the top half of the results board with a time of 25.11. 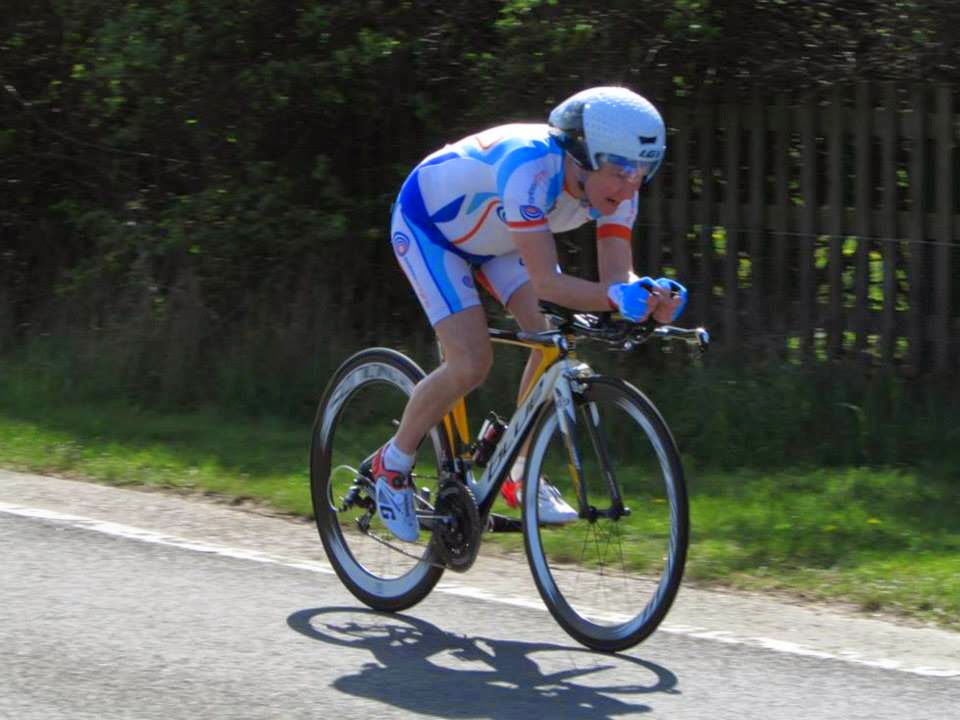 In the tandem event Steve Robinson and son, Ben, took another 1st place with a time of 26.41. 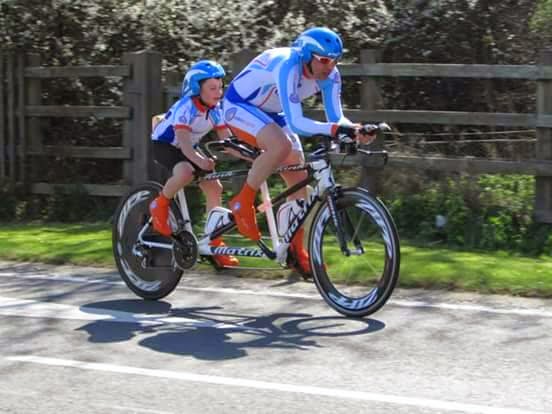 Thanks to St Ives CC for promoting the event.

Results are available at VeloUK.
Posted by Simon No comments:

To wrap the Easter activities up Christ Hartley competed on the F11/10 course in Hertfordshire to tap out a time of 24.46. The newly chipped road surface on the course was not deemed favourable, let's hope the road surface beds down as this is one of the quicker courses in the region.

Looming large on Saturday 11 April, 2015 is the Northampton and District Cycling Association's (N&DCA) Round 1 time trial. Based on a circuit around Middleton in Northants, riders will face 18.7 miles of technical "sporting course" riding. With TSE taking up 10% of the assembled field the team will be optimistic in terms of bagging points against the Association's other clubs in the 10 race series.

I don't know what this line up means to our competition but it certainly scares the hell out of me.
Posted by Simon No comments:

Saturday 4th April saw the Team move in to organisational and logistical duties with its promotion of the 10 mile time trial near to Cambourne, Cambridgeshire.

It was favourite and top-ranked Jason Bouttell (VeloVelocity) who triumphed on the day. Going off at #90 meant that suspense was building at the HQ to see who would prevail. It was to be Bouttell's day, being the only rider to break the 30mph barrier (19.57) to nudge ahead of Layne and McGaw who tied for 2nd place (20.04).

Thanks go to the time-keepers, marshals, HQ staff and unsung heroes and heroines who made the race possible.

Full results can be found via Cycling Time Trials.

It's still early season, but the Team Salesengine boys are already racking up a stack of top ten placings.

Martin Jones kicked off his season at the Skegness Wheelers 25.  After several weeks of illness Martin wasn't sure how well his form would hold up, but proving that whislt form may be temporary, class is permanent, he stormed round in 1:00:20 for 6th place overall. Suggests that podiums are not far away...

Meanwhile, further in land three of the team were tackling the 19.3 miles of the Icknield Hilly around the tight, twisty and lumpy lanes of Buckinghamshire.  Sam Hayes lead the team home with a strong 46:40 for 7th place overall.

Next up was Steve Robinson who clocked 50:25 for 25th place followed by David Ledgerton with 59:40.